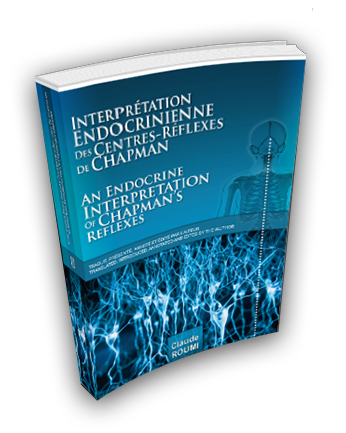 Andrew Taylor Still was stating in his book: “Philosophy and mechanical principles” that lymphatics are the essential soul of the body. In its entirety, the lymphatic system is universal and when we refer to it, we address the source of life and death. On such statements, it was obvious that A.T. Still’s work had to be pursued. Thanks to Franck Chapman, it was the case. His writings were published after he died, in 1930, by his brother-in-law, Charles Owens D.O. but unfortunately were badly received by the profession.

This book proposes a French translation of Charles Owens’ book sided with an English version. This following book, designed to reach a maximum of readers, is meant to give tribute to his impressive work on lymphatics, reflexes and therefore on the immune system itself.

It will give practicing physicians a new tool for both diagnosing and considering osteopathy. When integrated with the whole approach of the therapy, whether it refers to structural, visceral, cranial or energy-flow aspects, this technique facilitates the understanding of patients’ symptoms and improves quickly and noticeably their health on the long term.

During the same year, in 1897, Frank Chapman, J.M. Littlejohn and W.G. Sutherland joined the ASO. In 1900, the graduation was presided over by A.S. Still, who handed personally Franck Chapman and W. G. Sutherland their degree.

While A.T. Still and J.M. Littlejohn were researching on the lymphatic system, Franck Chapman was convinced the lymph had a deeper influence on the body functions than what had been recognized so far.

After 30 years of assiduous work on the lymphatic ganglions, Franck Chapman proved there were neuro-lymphatic reflexes in the body, the same way that neuro-vascular, neuro-muscular, neuro-humoral and more had been admitted. His conclusions were in line with homeostasy and he confirmed the iliac-thyroid lesion.

Chapman’s reflex-centres technique favors a more precise and reliable diagnosis.  By treating the patient through a holistic approach, his body functions and immune system recover much quicker.

The course is aimed at recovering a hormonal and fluids balance, to boost the patient’s immune system and to understand how emotions are intertwined with hormonal and body dysfunctions. This course is more than just informative or introductory to the reflex-centres.

These reflexes-centres make sense if they are interpreted and used in agreement with a specific protocol. The course is divided into five sessions of five days, scheduled over one year.

I discovered Chapman’s reflex-centres technique during a training in Maidstone and decided to develop and teach it in France and abroad.

A book on the subject should be released soon and another one on osteopathy called “A. T. Still, the medicine man - Light on Osteopathy” is pending.